“BECAUSE A MEMORABLE JOURNEY BEGINS WITH A GREAT AIRPORT EXPERIENCE.”

In their ongoing quest to develop smart airports of the future, Airlines & Airports executives put technology and the critical role it can play in bridging the gap between customer experience, operations and profitability, at the heart of their ambitions.

Adopting new means of delivering customer experience is now a key differentiating factor for Airlines and at the same time a catalyst for translating their brand promise and positioning.

Since 1962, IER provides self-service solutions for the air transportation industry and has have been actively contributing to its ongoing evolution towards passenger-driven operations. Our know-how is widely recognized by airports and airlines worldwide and includes expertise in leading-edge technologies like biometrics, RFID or NFC.

More about
our services

Air Serbia selected IER for the implementation of its self-service application, to be deployed from early December at Nikola Tesla Airport in Belgrade. Thanks to IER ALISS check-in application which can be accessed from any CUSS kiosk, Air Serbia will provide their passengers with the option to check-in for a flight, select or change their […]

With the ongoing increase of international travel, Immigration and Security are a key priority for airports wanting to automate the process and offer passengers a smooth travel experience at the airport. Passengers expect all airport touchpoints to be automated, including boarder control which usually creates increased frustration in overall passenger experience. In order to help […]

Tocumen International airport in Panama is considered as the largest airport in Central America and the Caribbean and the third in Latin America in terms of international traffic, with an increased flow over the last five years. In September 2018, Tocumen has initiated the implementation of a new modern system to speed up the passengers’ […]

QUITO AIRPORT, A STRATEGY REVOLVING AROUND CUSTOMER EXPERIENCE AND SATISFACTION

Quito Airport is a reference and award-winning airport in Latin America, ranked among the best airports in the continent in terms of access, security and passenger services. The airport is putting strong emphasis on customer experience, infrastructure development and quality of its services. Travellers who pass through Quito Airport appreciate the quality of service that […]

IER 710 SlimGates have successfully been deployed and in operation at Wellington Airport for Sounds Air (a domestic airline) since 9th May 2017 at their domestic pier. The modern, slim and sleek design of IER710 SlimGates, complementing the aesthetics of the airport has been a strong decision factor for Wellington airport. After one year since […]

Bringing ALISS to the skies

Singapore Changi Airport As part of their FAST initiative for Fast and seamless Travel at Changi airport, Changi Airport Group was actively looking at enabling self-service options in every aspect of passenger processing. They wanted to provide a suite of self-service options for departing passengers, available to passengers travelling with participating airlines. The project started […]

The IER 401 wins all contests in Budapest Airport

Budapest Airport selects IER 401 printers to renew and upgrade its current base of printers. In the context of renewing its old printers in and expanding its check-in area, BUD airport has selected IER for the delivery of 144 IER401 printers, SITA CUTE certified (72 ATB and 72 BTP units), to be deployed by the […]

Royal Air Maroc has recently embarked into a very ambitious development program, putting the customer at the heart of the company’s strategy and bringing service to the next level. The deployment over the summer of 20 self-service check-in kiosks at Mohamed V airport in Casablanca testifies about the airlines’ commitment towards increased customer satisfaction. Over […]

San Francisco airport vision was to create a unique passenger check-in experience unlike any other airport. They were looking for an innovative alternative to replace existing kiosks with custom CUSS stations to blend in the terminal architectural “look and feel”. IER has a long standing relationship with San Francisco Airport and has been its CUSS […]

By selecting the most skilled and customer-oriented specialists and partners, IER helps its partners to develop in-depth technical expertise, market knowledge and highly-specialized skill sets needed to implement, deploy and support worldwide IER products. We have built a reliable network of partners across around the globe. Shall you be interested in becoming a high value IER partner, please send us an enquiry. 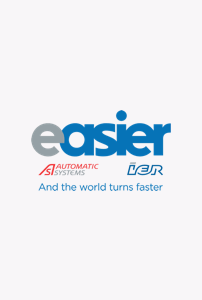